Kathy was the CASA volunteer for two children who had been removed from their home after accusations of abuse and neglect by their parents. Jasmine and Liliana were placed with their grandmother, and when Kathy saw them thriving there she recommended that the grandmother be able to adopt the girls. Knowing the children were safe, the court released her from the case.

But the girls’ grandmother passed away unexpectedly the next year. Kathy returned as Jasmine and Liliana’s advocate and met with them as they settled into a new foster home. She later had reason to believe the children were being abused in this home, and advocated that they be moved. The children were temporarily placed in a shelter.

At the shelter, Jasmine and Liliana took a liking to the handyman, who was also the shelter director’s husband. They followed the handyman around, asking questions as he made repairs, and he would patiently explain what he was doing. He and his wife soon decided that the girls had come to the shelter for a reason: to meet their new parents. The couple applied to adopt the pair and fostered them in the meantime.

Kathy was instrumental in enrolling the family in therapy and helping the girls participate in extracurricular activities like soccer and dance. As she visited Jasmine and Liliana in their new home and watched the family interact, she saw the significant progress the girls had made in overcoming their trauma and related behavioral issues.

With Kathy’s recommendation, Jasmine and Liliana were adopted by the shelter director and her husband. It had been a circuitous path, but with some help from a dedicated advocate, these girls found their forever family. 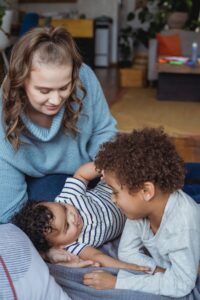 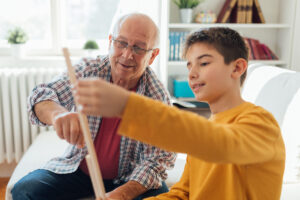 WITH A CASA VOLUNTEER’S HELP, CHILDREN RECONNECT WITH THEIR MOTHER 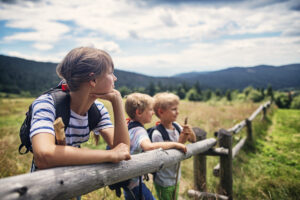